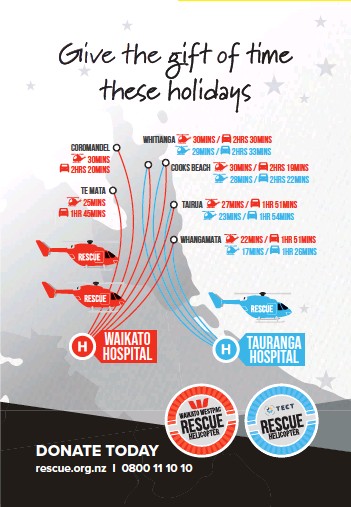 More than 4000 festival-goers forgot the worries of the world for a day of dancing in a paddock in Whangamata on Saturday — and as New Zealand pop superstar Benee summed it up: “Can you believe there’s a global pandemic and we’re at a festival?” Dance Farm drew a good-natured vibe from a mainly younger crowd, who showed their vaccine passes and let their hair down as the sun shone through the hills at Joe’s Farm, 10km from the town. The event was the second of three big oneday gigs put on by Coro Events, Whangamatabased organisers who have volunteered for years at Repco Beach Hop and drew on all of this professionalism and connections to deliver a faultless event. Organiser Dennis Beaver said Covid-19 pandemic controls had worked well but added $30,000 a show extra in staffing and equipment. He’s planning for Joe’s Farm to become a major event site and hoped to bring international acts to the venue when possible. “We’ve got big ideas with that farm, this is a long-term plan for us and we’ve worked closely with Council. We’ll look at what needs to be tweaked for the future, but we’re talking real big with international acts. “We’ve got capacity of 20,000 people and we want to get to that next year.” At Dance Farm, a campsite offered VIP as well as basic camping, there were shuttles to all nearby settlements and vaccine passes were shown at the door along with tickets to entry, which caused no hold-ups or hassles. From the familiar Beach Hop crew directing the few who chose to drive and park at Dance Farm, the friendly entrance and bar staff and those collecting rubbish and ensuring the portaloos were well stocked with toilet paper, this was a two-day festival that produced all smiles and no drama. An R15 gig with a bar for R18 festival-goers with proof of ID, artists included Benee, Mitch James, Sachi, Ladyhawke, Niko Walters, LA Women, There’s a Tuesday and Georgia Lines and DJS between sets. Right on schedule, early acts Georgia Lines, Niko Walters, LA Women and There’s a Tuesday showed how the New Zealand music industry not only deserved our collective support after two years of lockdown disruption but because New Zealand music is just so good. Ladyhawke’s My Delirium brought a rush of people from their scattered picnic mats as the scorching sun began to soften, followed by Auckland electronic music duo Sachi, whose energy on stage and light show, along with the sounds, brought hands to the air in appreciation. Mitch James was next, clad in a Vodafone Warriors shirt, belting out hits like Sunday Morning, as the sun sank behind the ranges. Benee headlined, bouncing and shimmying with her silver Ugg boots and cap glittering in the light show, entertaining with funny commentary. At one point she pulled off her boots to show the sore toe she’d endured and which had to be taped by St John Ambulance crew: “It’s sore,” she lamented, “But I am a bit of a drama queen.” The 4000-plus ticket sales were about half the number at Dennis’s first Joe’s Farm gig in 2019, when his New Year’s Shapeshifterheadlined concert drew about 8000. Coro Events began again after a break the following year, New Year’s Eve 2020, when Joe’s Farm was overtaken by a different event organiser. Dennis and his local team returned with a three-festival lineup, bringing music to the double-vaccinated in late December and January 2022 and say they’ve had to rebuild after the previous year’s gigs, which people did not realise were not organised by Coro Events. He said around 200 had chosen to camp onsite, with many being dropped off by parents and others taking the shuttles to nearby towns, which meant very little traffic and a seamlessly smooth festival for younger people. Ticket sales were about as expected given the New Year holiday had passed. Coromandel towns experienced a big drop in holidaymaker traffic after the weekend of January 8 and 9. “We’d love more but it’s gone well, we just wanted a good process for everyone and to rebuild from last year,” said Beaver. The next Coro Events gig is a three-day festival, Kickdown, where motorbike enthusiasts and their passengers can win $1 million cash and be part of the biggest-ever posse to “Ride the Loop” with up to 2000 others around the Coromandel Peninsula. The Kickdown Festival is being organised in partnership with Noddy Watts, Repco Beach Hop’s president, who likened it to a bite-sized, homegrown version of South Dakota’s famous Sturgis Rally. “It’s all about enjoying the journey and sharing a love of British, American and European motorbikes.” Headline act Shihad had to be replaced by Blindspott after being unable to get a band member across from Melbourne due to quarantine law changes, and they’ll be joined by Devilskin and Hello Sailor, Stellar, The Jordan Luck Band, Goodshirt and DJS from The Rock.