Woodville’s streets are “dead” and the vibe is wary, as residents wait to see if Covid-19 has spread. The number of cases in Tararua remained at two late last week and the only two locations of interest were Caltex Woodville and Farmlands Pahiatua. Public health officials are investigating a common link between the Taupo, Tararua and Masterton cases. Tararua District councillor Peter Johns said he had talked to people at local cafes and the supermarket who said business was fairly quiet. He said the town was “dead”, with very little movement in the streets. One cafe was not allowing customers to dine in, just take-away. The feeling was that a lot of people were waiting on the results of Covid tests and it could be two or three days before things got back to normal, provided there were no further cases. He said people were probably a bit worried and being a bit cautious. Despite knowing it was eventually going to happen in the district, the news had come as a bit of shock. “It’s made us think twice,” Johns said. Woodville Districts Vision chairwoman Vicky Tomlinson said people were still trying to keep positive, and many were staying home. From what she heard about the two cases, they went to a doctor early once they felt unwell, used QR codes and had done everything right. The Ministry of Health said on Wednesday the cases had been linked to the Waikato cluster, which was somewhat of a relief for Tomlinson, who was pleased it wasn’t just a random infection. In the meantime, people in the township were making full use of social media to keep an eye on others. A Farmlands spokesperson confirmed they were told the store in Pahiatua had become a location of interest, being visited by a Covidpositive person on November 12, between 3.30pm and 4pm. They said Farmlands immediately closed the store and did a deep clean. The store was able to reopen. The spokesperson said the health and safety of staff, shareholders and customers came first and they had firm protocols in place for all stores. “Farmlands encourages any customers who were at the Pahiatua store between those times to refer to the Ministry of Health website, and, if you start to display symptoms, to get tested for Covid-19 as soon as possible.” Foodstuffs corporate affairs manager, Emma Wooster, said customer health and safety was top priority at all times, when asked about Pahiatua New World. “For some months now we’ve been working to increase hygiene protocols. “Our stores are being cleaned multiple times throughout the day.” Customers had been signing in for contact tracing and staff and customers were using physical distancing when required, she said. She wanted to assure customers stores were open and ready to provide grocery needs. “We have plenty, so ask all our customers to #shopnormal and we’ll get through this together.” Tararua Health Group posted on its Facebook page that it would be using three triage streams: green for patients with non-respiratory symptoms or appointments for a nonCovid matter as well as those who had been vaccinated; amber for nonvaccinated patients and those with a mask exemption where patients would be asked to wait in their cars before their appointment; and red for patients with respiratory symptoms who would also have to wait in their car until the clinician was ready to see them. The post said cabins would be used for respiratory appointments. 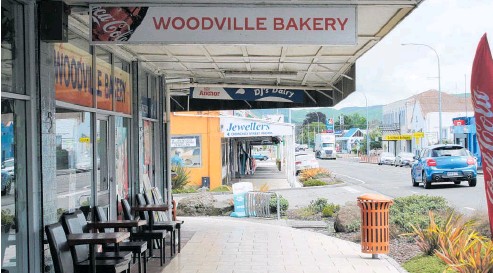